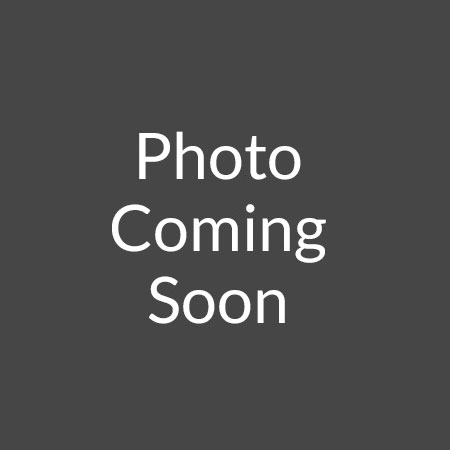 I first discovered my passion for exercise science and the study of human movement/function at an early age. Growing up, I was always involved in sports such as baseball, soccer, football, and wrestling and I was fascinated by pushing myself to the limit, and discovering new ways to make myself better. As a child, I loved being active with family and friends, whether it was riding my bike, going for a run/hike, swimming, playing soccer or throwing the baseball, I found myself constantly moving and staying active.

Competitive sports were a huge part of my childhood. Wearing the captain’s armband for a number of teams and winning multiple championships along the way only made my passion for sports grow. My high school athletic career consisted of baseball, soccer, and wrestling, as well as competing on many club teams in the area. During this time, not only did my passion for sports continue to grow, but I started to become more interested in the science behind it all. Not only did I want to make myself better and push myself to the limit, I wanted to do it in the safest and most effective way possible.

After completing undergraduate, I decided to pursue my Master’s degree. I went on to graduate with a Master of Science in exercise science, with a specialization in sport and exercise conditioning. During my time in the graduate program at East Stroudsburg University, I was enrolled in classes such as biomechanics of human performance, advanced exercise assessment/programming, advanced physiology, and advanced sport nutrition. I was also a member of the Exercise Science Club. While enrolled in the graduate program, I worked as the graduate assistant coach for the men’s and women’s soccer teams. During my time as the graduate assistant coach, I was given the opportunity to work with both male and female athletes at the Division II level.

Following my time in East Stroudsburg, I was accepted into the strength and conditioning program at Boston College where I worked as an assistant strength and conditioning coach. I was given the opportunity to work with both male and female athletes at the Division I level. During this experience, I worked with the Boston College men’s and women’s basketball teams, men’s and women’s hockey and soccer team as well as the men’s baseball team, and many more. I also trained a variety of professional athletes competing in the world’s top sports organizations such as Major League Baseball, Major League Soccer and the National Hockey League, etc.

Working as a strength and conditioning coach at Boston College was an incredible experience and quite the honor. I had the opportunity to work with some of the best strength and conditioning coaches in the country, as well as some of the best athletes throughout the world. During my time at Boston College, I was able to build many strong relationships. For example, I was able to work with Jerry York, the winningest coach in the history of college hockey. I built many strong friendships with current NHL players such as Cory Schneider, the goalie of the New Jersey Devils, Johnny Gaudreau, one of the NHL’s top wingers, as well as, Brian Dumoulin, a key defensemen in the NHL, who recently saw himself winning his second consecutive Stanley Cup. Amongst those incredible athletes, I also built a strong relationship with starting pitcher Justin Dunn, who was drafted in the first-round by the New York Mets.

Growing up in an Italian family, and constantly spending my childhood summers in Italy, soccer has always been my favorite sport. That being said, I was very excited when I was able to train forward Zeiko Lewis, who was drafted in the first-round by the New York Red Bulls. It was an absolute pleasure working with all of the above listed athletes, all of whom I still keep in regular contact with today.

After my schooling at Boston College, I went on to work at Driven Fitness and Performance. I came in contact with Gary Vesper during the summer of 2016. After speaking with him over the phone followed by meeting with him in person, I discovered that Gary and I shared a very similar vision. That being said, I knew it was an excellent opportunity. I have been coaching at Driven for over three years now, and I have enjoyed every step of the way. Meeting a ton of great adults and athletes, and getting to train these individuals on a daily basis is something I am very passionate about. Working in a world class facility alongside a coach that is equally as passionate makes it that much better. Gary and I have grown to become an excellent team, and we really provide each and every individual that walks through those doors with the care and professionalism they deserve. Our goal is to improve the quality of life for each and every adult, while helping them attain their personal goals in the process. Our goal for each and every athlete is to improve multiple athletic skill sets, all of which we attain in the safest way possible.

My overall philosophy as a fitness and performance coach is to improve the quality of life/on field performance of each and every individual/athlete while decreasing the overall risk of injury. As I look toward the future I can’t wait to see what else everyone who steps through these Driven doors are able to accomplish!